You must login to ask question.

Two of Saudi Arabia’s holiest mosques – the Masjid al-Haram and the Masjid al-Nabawi – may be reopened soon during the current month of Ramadan for prayers and all acts of worship! Sheikh Abdur Rahman Al Sudais, a member of the committee responsible for the two holy mosques, has informed about the possibility of opening two mosques. Due to the deteriorating situation in Corona, Saudi Arabia, prayers, itikaf, and public access to the two holy mosques have been banned since March 22. In the month of Ramadan, Tarabi’s prayers are allowed to a very limited extent.

The long-standing tradition of breaking the fast of thousands of fasting people in Ramadan has also been stopped this time for a good reason. Iftar is not being done in the mosque this Ramadan. However, Sheikh Abdur Rahman Al Sudais, a presiding member of the committee in charge of the two holy mosques in Saudi Arabia, said the two mosques are likely to be open to the public during the holy month of Ramadan. He said that maybe Al-Haram Mosque and Nabawi Mosque will be opened for the worship of all on the occasion of the month of Ramadan, so that everyone can perform all the worship including Namaz, Tawaf, Tarabeeh.

However, at the same time, he said, no decision has been taken yet, urging Muslim to be more patient. Because, the decision and steps that have been taken to close the mosque are for the good of all, and to keep everyone safe. Therefore, the committee will not take any decision in a hurry. Already, curfews have been changed in Saudi Arabia to mark the holy month of Ramadan, and all shops are allowed to operate at certain times. Also all the shopping malls will be open, and curfew will not be strict everywhere.

In this situation, the people of Makkah and Medina have expressed their desire to pray with the congregation and perform Tarabeeh prayers in the two holy mosques of Saudi Arabia – Masjid Al Haram and Masjid Nabawi. 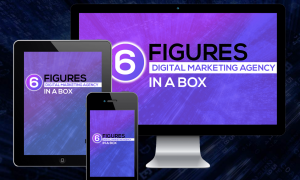