You must login to ask a question.

Close
Ask a Question
Home/ Newsfeed/Real or Joking, Messi is getting a place in Argentina’s bank note after winning the World Cup 2022

It is being claimed from multiple pages and IDs of the social media Facebook that the central bank of the country has released 1000 notes of Argentina’s currency peso in the market with Messi’s photo added. The posts also included a picture of a note resembling a bank note with a picture of Messi. Which is not true.

Not only social media but the information has been published in several newspapers in different forms. Media reports claim that the country’s finance ministry has proposed adding Messi’s image to the currency in honor of his World Cup achievement. It has also been mentioned that the proposal has been ridiculed in some media.

BOOM Bangladesh has verified that the claim is not correct and has also been confirmed by the Press Sector of the Central Bank of Argentina that there is no such currency circulation.

After a search in a Spanish-language Mexican newspaper called ‘El Financierio’, an article titled “Tendremos billete de mil pesos con la cara de Messi por el título de Argentina? (Will we have a thousand-peso bill with Messi’s face for the Argentine title?) The news can be found, which was published last December 19. In the report, the media reported on ‘sources’ that the country’s central bank is considering a proposal to introduce coins in Argentina with the image of Lionel Messi. The media also mentioned that the proposal to print a 1000 peso coin with the image of the country’s currency was made. In a funny way’.

Originally, El Financierio’s report was published as gossip in British tabloids such as The Sun and The Daily Mail. These reports have also added the banknote-like image discussed on Twitter. In fact, the information and the image spread widely on Twitter and Facebook shortly thereafter.

Argentina does not print banknotes with the image of Lionel Messi

When BOOM Bangladesh contacted the Central Bank of Argentina, Banco Central de la República Argentina (BCRA), through a journalist from Chequedo, an Argentine fact-checking organization registered with the international fact-checking network IFCN, their press sector received any information regarding the circulation of such notes. Confirmed no.

That is, no note was introduced or offered. Chequedo also published a fact-check report on the matter. The Central Bank of Argentina (BCRA) senior manager of communications, Fernando Alonso, later confirmed to BOOM that the claim was false.

Previous article How to keep apples fresh longer
Next article Raw jackfruit kebabs, check out the ingredients and preparation method 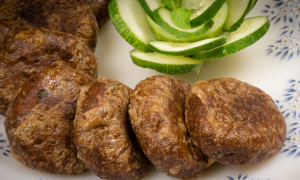 Raw jackfruit kebabs, check out the ingredients and preparation method 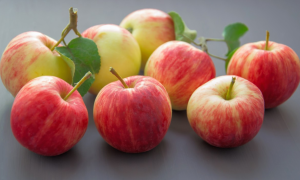 How to keep apples fresh longer