UNICEF Bangladesh has already started talks to get this popular cricketer as a goodwill ambassador. Preliminary discussions will conclude when Mushfiqur will begin his duties as UNICEF Goodwill Ambassador.

Before that, however, UNICEF’s campaign started with Mushfiqur. A picture of Mushfiqur and his son Mayan was posted on a Facebook post by UNICEF Bangladesh on Thursday (August 13th), where both father and son are wearing masks.

UNICEF Bangladesh has also invited photos and videos of others wearing child masks through this photo of Mushfiqur and Mayan. Also advised to inform friends.

Mushfiqur is not the first cricketer as a UNICEF goodwill ambassador. Earlier, three former national team captains Habibul Bashar Sumon, Mohammad Ashraful and Shakib Al Hasan served as goodwill ambassadors for the children’s organization. Both Ashraful and Bashar were nominated as UNICEF Goodwill Ambassadors in 2005. Shakib got this status in 2013. And this time Mushfiqur, one of the best batsmen in the history of the country, is also joining their team. 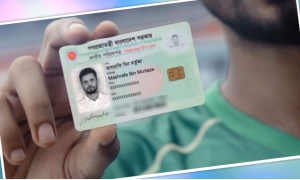